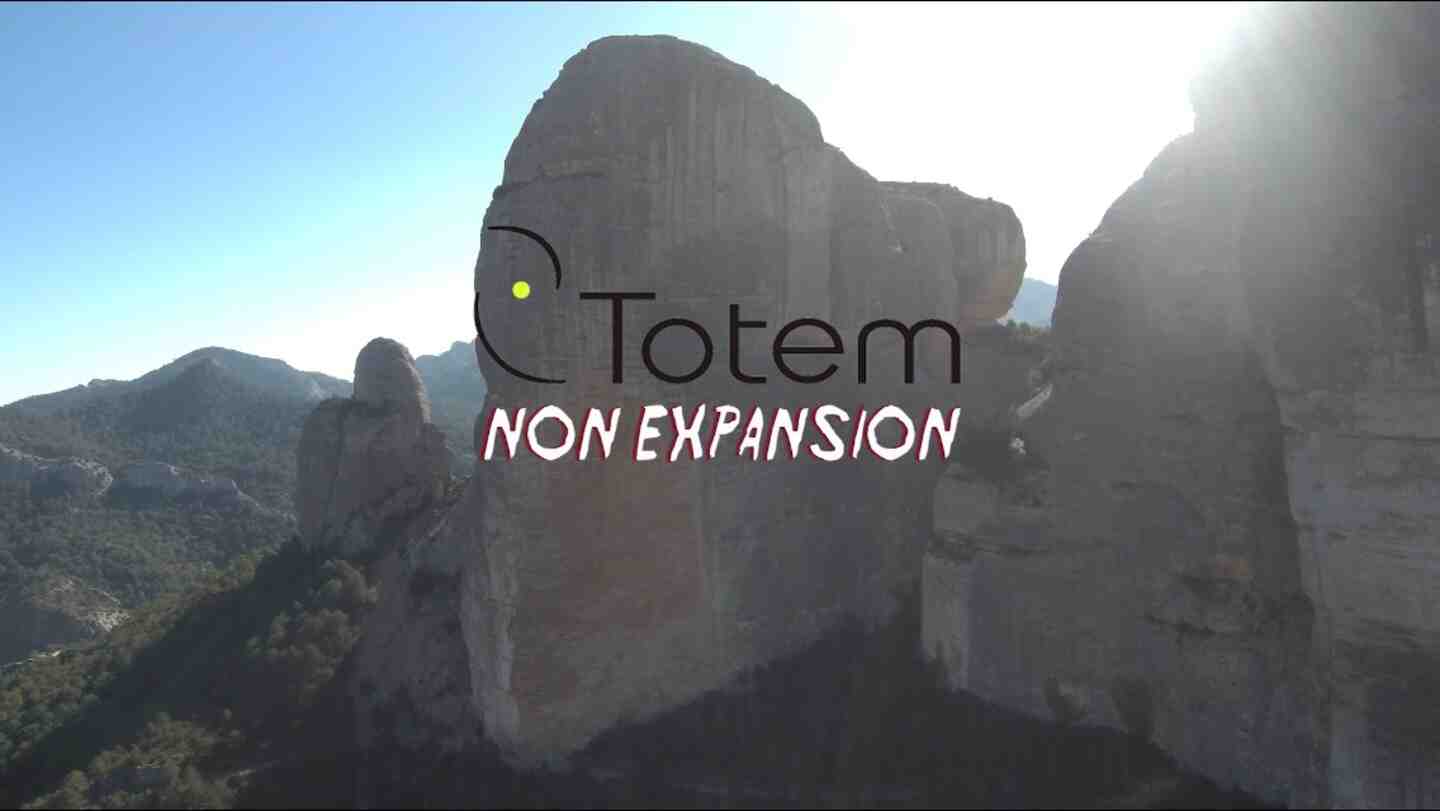 Ethics and commitment by the hand of Genis Hernandez, Jan Casas and Marcel Millet. Experienced climbers with more than 1000 openings behind them, almost all of extreme difficulty (Non Expansion), (A5+, A6…) where the head and the Totem Cam play an essential role.

“Totem gives us the security that do not give us other friend-es, since it works with independent lobes. For extreme aid climbing this is ideal due to the placements are usually irregular and another type of friends would not give us that security”. Genis Hernandez

Climbing is a strange activity in which the relationship of the partners is very intense. First is friendship. Then it is the partner. Affinity is essential. This is how almost without realizing it we have formed a very cohesive team Marcel Millet, Genís Hernández and Jan Casas.

Marcel Millet belongs to a climber profile already in extinction. Marcel is more recognized than known. Their name will not say anything to most new generations. For the rest, Marcel Millet is a benchmark in climbing. In his long and outstanding career, Marcel has stood out for being always on the crest of the wave.

We stood for the 81 of the last century when Marcel already advocated for the rotpunkt and for minimizing the use of expansions. A long history of respected openings in any of the modalities of what we understand by rock climbing, from the iconic Brown Sugar of La Mómia, through Alternative 3 of the Banana of Devils or La Sant Josep Fuster -Agulla of Centenar-. We will not quote difficulties. Not for not being relevant, since they are always notorious, but we will emphasize the impeccable ethics in its execution. Now sexagenary, the brightness of the illusion has not ceased, sharing capital adventures to broaden his extensive repertoire of anecdotes that turn any bivac into a festival of laughter and unforgettable memories.

Genís Hernández was formed as a climber in Montserrat and in Can Tobella -Esparreguera-. Son of the golden age when the tribes colonized Sant Benet as their home. He drank of the most exacerbated purism. Represented by young people who found refuge in the walls of Montserrat sharing a passion for the difficulty that made them feel free. They tried to forget the rules of a perverse system. Its extensive history of openness is only comparable to the unwavering desire to respect the rock. Tireless in his endeavour to push the limits, he has become a symbol of a craft that is only reached after years of a long and strenuous learning.

Jan Casas collaborates in balancing madness and extreme madness with a bit of necessary sanity. Renowned route opener, it has a less extensive history, result of prioritizing the quality above the quantity. The scrupulous ethics poured in its lines have managed to impregnate a seal of quality and difficulty in equal parts in its itineraries. The veteranity has not prevented him from ascending the Captain -Yosemite recently with his son Miquel of 17 years, elevating to the category of challenge the verb to share.

Last but not least, Joaquín Tarrafeta Gónzforkis our link to the mainland. Unconditional and essential support for logistical, photographic and whatever need be.

The three climbers have common characteristics, but there is a common denominator that stands out above the rest: respect for the rock. In recent years, both Marcel and Genís already had a good history of push the limit of difficulty in artificial. Good example of this are “La histérica” -A6- and “El noi del sucre” -A6-. It is in this new adventure of 2019 that Jan Casas joins the NON EXPANSION team. Adventure that is interrupted by this pandemic that has forced us to postpone the culmination of the summit.

“Humans have become accustomed to adapting the medium to their needs. Climbers are nothing more than a sample of this practice.”

The NON EXPANSION team aims to provide a generous vision of climbing: to allow the repeater to climb as the opener did. It is nothing new. The new is to abuse the technical means to reduce the difficulty in the name of security and turn greed into a flagship.

Humans have become accustomed to adapting the medium to their needs. Climbers are nothing more than a sample of this practice.

Technical advances facilitate the difficulty. Totem with its cam devices offer unique features for the performance of the NON EXPANSION. Lightness, versatility, polyvalence, safety, resistance. A long list of features that make them indispensable companions for a clean climb and without using permanent gear. The conscientious and experienced use of the Totems make them ideal candidates to be used in this type of climbing.

They are the only cam devices that can withstand loads using two lobes. This gives them a versatility difficult to explain when the magnitude of the tragedy is unknown. When very little, it means a lot.

SELECCiÓN NATURAL is the name that receives the project that will soon give birth and that its name intends to be a cover letter. The difficulties reached are proposals of cotation that challenge the limits of this modality. It is intended with this brief article, to value the project and offer an appetizer of what is about to happen and of which we will inform extensively.